Since the start of VIGILIX over 15 years ago, technology, its many uses, and the needs of our customers have drastically changed. One thing that has remained the same, however, is our team’s commitment to providing insightful, innovative, and effective solutions for our customers.

One of those influential team members is Sam Reynolds, Vice Chairman of Postec Inc. and Solutions Consultant at VIGILIX. Sam is known as a subject matter expert when it comes to point of sale (POS) technology and his name is recognized in the industry, as he has worked alongside world-renowned companies helping them to achieve successful POS strategies.

We recently sat down with Sam to discuss his career within the POS industry and his role in guiding VIGILIX to the solutions that we provide today. Beforehand, the Company was solely for monitoring, alerting, and taking proactive action to reduce the cost of support for customers.

A walk down memory lane

When asked about his start in the point of sale industry, Sam recalls that he had a passion for electronics from a young age. “I remember telling my grade school teacher that I wanted to work with electronics. He told me there was no real future in it because everything had already been done,” he laughed.

Sam’s father joined the National Cash Register Association (NCR) right after WWII and worked as a mechanical technician on cash registers, which was all that POS was at the time. He then had the opportunity to form the first independent cash register dealership, selling a Swedish product in Knoxville, TN. From there, Sam’s father went on to work for Independent Cash Register Dealers Association (ICRDA), which later became Retail Solutions Providers Association (RSPA).

Eventually, his father formed Poletto Cash Register (PCR) and Sam inherited 100% of the company once his father passed. However, Sam didn’t necessarily like being the sole owner of a company as he found it to be quite lonely. This sparked a new opportunity in 1998 to merge companies with David Shaw, owner of Postec Inc. Together, they got to know every aspect of the business and watched as technology evolved of the years.

Moving away from dial-up support

Prior to the internet, the only way to access an electronic system was with dial-up modems. “We giggled as we reminisced on the days when our ears would bleed from the loud, screeching sound,” Sam recalls. As broadband slowly became a reality, it occurred to Sam that internet connection could become a means by which they reach out to customers to provide support. “The advent of the internet brought about the ability to support these systems in new ways,” he explained.

One sunny day at his son’s soccer game, Sam made a connection with Andy Kurtz, President & CEO at VIGILIX. During their conversation, Andy explained how VIGILIX had developed a platform to monitor the manufacturing process. This platform leveraged technology to digitally realize that there was a problem and alert the manufacturing team so that problems could be fixed more efficiently.

This introduction to Andy sparked an idea in Sam that lingered for almost a year. In 2002, Sam proposed the idea that if VIGILIX could get an internet connection for each of their systems, they could provide more benefit and cost effectiveness to clients. “By connecting each system to the internet, I could look for things that were going to be costly to resolve, before they became costly to resolve,” Sam explained.

Andy agreed with Sam’s proposal and thought his idea may give VIGILIX’s platforms a broader appeal to the POS world. Soon after, VIGILIX began its journey of delivering technologies to enable companies to succeed at remotely supporting the POS environment.

As time went on, customers were told to back up their data, so that if something went wrong, they could restore it. However, many customers were not doing so, which resulted in their systems becoming infected with viruses. This brought about the idea for remote access which was used to fix the problem and as Sam described it, “make the customer whole again.”

“If you’re doing this right, VIGILIX isn’t costing you anything. What’s costing you is not having VIGLIX.”

Over the past 15 years, VIGILIX has continued to evolve, and is proud to have protected and supported mission-critical POS environments. Our proactive vs. reactive methodology has allowed us to detect service issues, initiate corrective actions, and immediately alert support managers to changing conditions. Although the retail industry is constantly changing, the problem remains the same: people need support. VIGILIX is in the business of solving those problems.

The future of POS

Although Sam is retired, he is constantly working to leverage relationships and works part-time as a solutions consultant for VIGILIX to help customers optimize their service. Sam finds successes in supporting his customers by asking himself how VIGILIX can prevent customer problems from happening in the first place.

When asked about the future of the POS industry, Sam sees multi-channel technology and artificial intelligence as the next big moves toward creating greater connectivity and data integration. Whatever it may be, VIGILIX is excited to adapt to new POS trends to ensure the best platforms and support in this ever-changing market.

PCI Certified vs. PCI Compliant – What’s the difference, and...

Culture & The Perspective of History 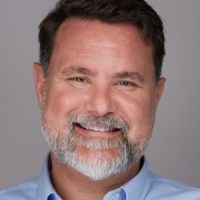 Are you looking for a higher level of
service accompanied by new streams
of recurring revenue?

Learn more about the advantages of partnership.

Schedule a time to get to know each other.

Let Us Show You How